Can wearables help us against the flu?

One of the great triumphs in modern medicine is the ability to tackle the spread of infectious diseases, significantly improving our life expectancy. But what would be the next step after the massive development of diagnostic and therapeutic tools? How could we predict potential outbreaks better? 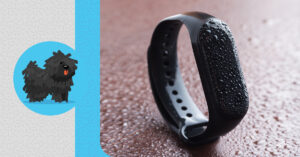 The everlasting fight against life-threatening epidemics is not new under the sun. A well-known glorious example is John Snow’s breakthrough in curbing the cholera epidemic in London well before pathogens were discovered. His work was mainly based on the location mapping of infected individuals and making a connection between the disease source and the infrastructure. In 1854, by removing the handle of the well pump on Broad Street, he reduced public access to contaminated water and saved many lives. His actions underlined the importance of statistical analysis in public health.

We are entering that part of the year when the familiar symptoms of fatigue, headaches, fever, runny nose and coughing can hit us at any time. This is the best time for the influenza virus to gain its momentum: as an airborne disease, flu can quickly spread in communities causing a bitter start of the year. Before underestimating its impact, it is worth noting that the World Health Organization (WHO) estimates that 650,000 lives are taken by seasonal influenza every year. A better prediction method for outbreaks could prevent these losses.

Already in 2013, Johns Hopkins University published a study in which researchers drew epidemic conclusions from Twitter posts. They searched for specific words and symptoms related to flu in tweets and connected them to the user’s location. They were able to track the spread of the virus almost in real-time. (By comparison, the US Centers for Disease Control and Prevention (CDC) publish a weekly report on the same topic based on data collected about two weeks earlier.)

But how do wearables come into the picture?

In a recent study, researchers analyzed the data collected between March 2016 and March 2018 of more than 47,000 Fitbit users located in 5 different states in the US. They found that heart rate measurements and sleep patterns recorded by fitness trackers could be used to predict a flu outbreak in real-time and notify public health authorities in advance. Much more accurate than the methods currently used.

It’s needless to say how important this is regarding the logistics of vaccines and antiviral medications as well as public announcements and patient information. This approach might lead to a brand new level of surveillance. It could also improve workplace health: what if January is not all about trying to stay healthy and avoiding to infect each other? And hopefully, it won’t need much effort shortly: just a thorough analysis of wearables data.